My mom has Alzheimer's. Fortunately/unfortunately her dad had Lewy Body Dementia from Parkinsons which presents with many of the same symptoms so I've been through this before. I've written up this post with what we've done so far to make our lives a little bit easier so that it might help somebody else in a similar situation.

Right now, my mom still recognizes everyone, but she has started time traveling to the past. As such, her deceased parents are now alive, she has small children she lives with (she doesn't), and she is not married (she is). This presents problems when she tries to find or contact her parents, her small children/her children's schools, and when she's confused why her husband of 25 years is in the house with her. She hasn't yet started wholesale forgetting anyone, but because she's time traveling, the details about them and her relationship with them is different.

I myself have been cloned. My name is Torsten, but my childhood nickname is Tory. Adult me now exists in her mind, but now I have a little brother named Tory who is 5-6 years old. She calls me 5-6 times a day trying to find Tory. Currently we've got it resolved where we were able to convince her that "Tory" moved to Washington DC and now lives with me. Apparently I'm now my own father - my therapist will have a field day with that one I'm sure. All of this is background for other people to know what level she is at - your loved one with Alzheimer's may be in a different spot.

A lot of the tips for us have been to pull her back into reality, which she still can do, she just loses it sometimes and we can help guide her back into it. I fully expect at some point she'll lose that ability, and then we'll just just go along with whatever she's living in the moment as best we can. Thankfully we're not quite at that point yet, but what works for me now may not work for someone else later.

I'm compiling here the good suggestions that I've gotten and steps that I've taken to make it a little bit easier. I think having most of these as early as possible would be beneficial.

I'm rather proud of the display I built. I was inspired by the wizard clock that Molly Weasley from Harry Potter has which shows her where all of her family is at any moment. Obviously I don't have a magical clock, but this display does show where everyone in the family lives and can be updated without too much additional work. 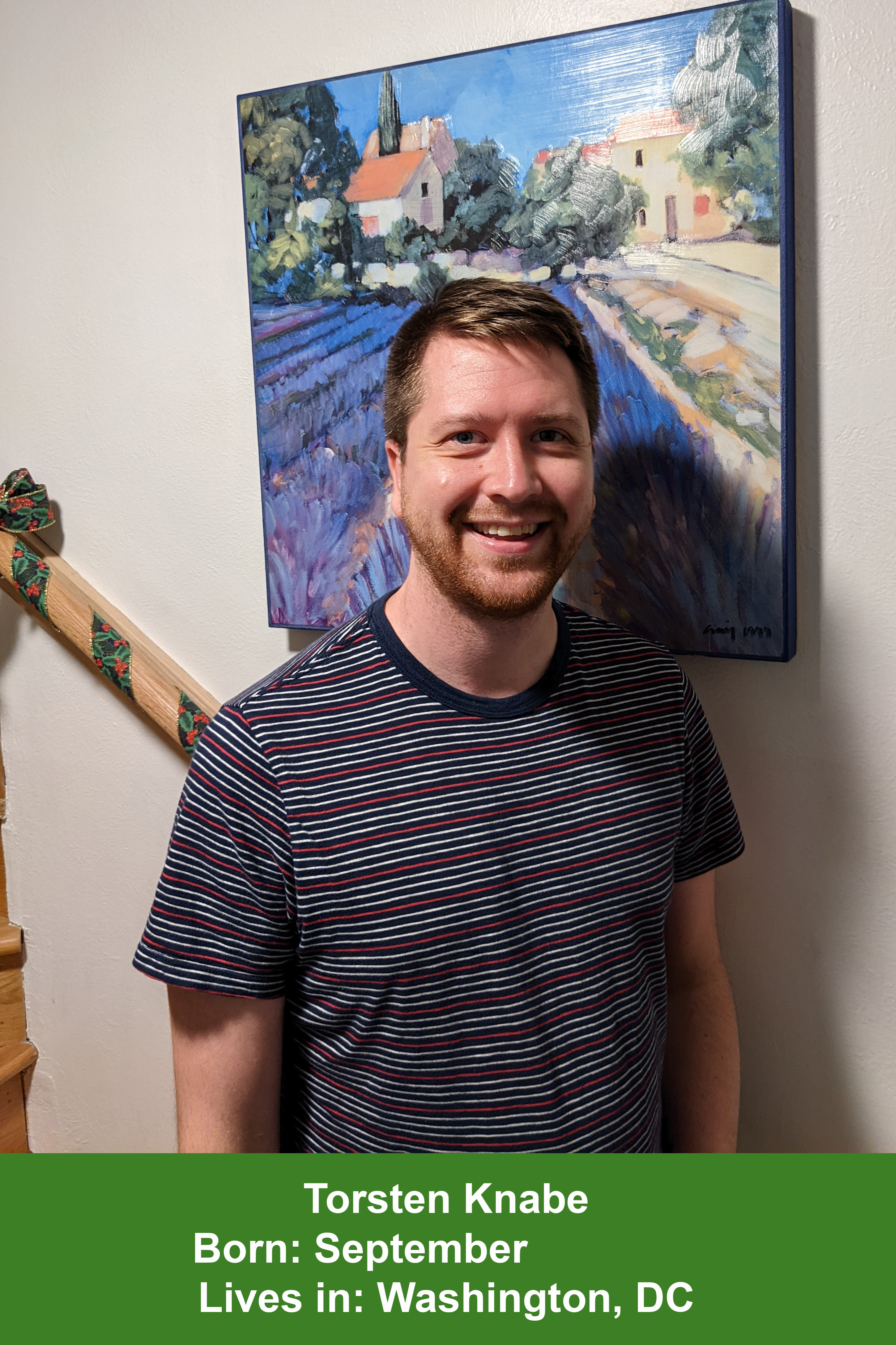 Above is the card for me as an example. For my specific birthday and my family images I've cropped out the personally identifying information to not dox my entire family.

I gave this to my mom as a Christmas gift to also give a better chance that she'd accept it. We mounted this in her hallway to the additional bedrooms, which she walks down to find her missing children. She ends up washing the sheets in the extra bedrooms probably once a day because someone slept in them the previous night, or will be coming into town tonight and need clean sheets. For whatever reason, she's become significantly more cleanly than she ever was. I'm not exactly sure why that is. But, because we put it somewhere where she goes frequently, she will just pause and stare at it at varying times. This helps her stay more grounded in reality and helps her keep track of existing family members.

Overall it's been helpful to have these expanded tools. It helps keep her just a bit more grounded in reality, and it gives us something shared to reference if she starts forgetting someone or specific details. Obviously, your mileage may vary, but hopefully this is helpful to someone else going through a similar situation.